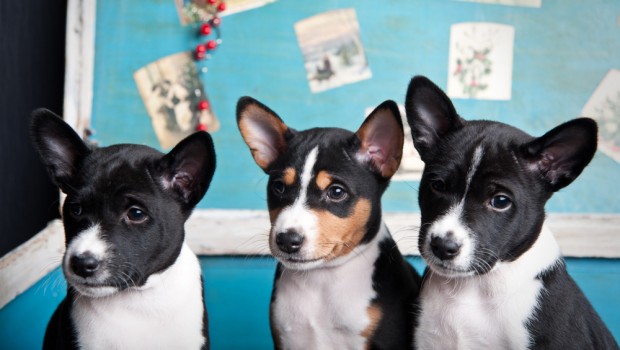 Nobody wants a dog with a bad disposition. It’s not much fun to own a dog which is not people-oriented either. Out of sentiment, people will keep unsatisfactory dogs because they cannot bring themselves to part with them. Others pass such dogs around, and as they go from home to home, dispositions get worse, and loyalties further confused.

The best hope for any prospective dog owner is the prevention of trouble by choosing the right dog. We assume that this prospective owner has already realized that he is taking on a living creature for what may be a decade or more of his life, and he will spend thousands of dollars on food and care, and that he will be liable under the law for any damage this animal does to humans or to property.

People often ask if it is not unfair to a dog to keep him in the city, in small quarters, confined to a leash outside, or left in the house while the owner goes to work. But in reality, the most unfair thing that you can do to a dog is to take him on when you’re not prepared to keep him for a lifetime and to face up to all of the inconveniences that will go along with owning a dog.

Where Does A Bad Temperament Come From?

We know that dogs tend to inherit the temperament of their parents. We also know that there are certain inbred characteristics affecting temperament which are the result of the selective breeding that has produced a group of purebred dogs.

The early environment of the newborn puppy, particularly in the critical weeks when he’s looking away from his mother and his siblings to the humans around him, can provide a healthy period of socialization. On the other hand, this critical period can also be the spark which starts illness, an accident, or psychic trauma that can affect the puppy’s temperament in a very negative way. In addition, you, his new owner, can be a bad influence on what might have started out as a pleasant dog.

The average dog buyer is looking for a companion for the family, particularly for the children. Unfortunately, most people do not know what to look for when it comes to temperament. And the temperament of a dog is the number one overriding vital consideration in choosing one. A nervous dog makes an unsatisfactory companion for children under almost any circumstances, and one that is moody is potentially dangerous.

Some people prefer dogs of mixed breeding and assume that they will always have more stable temperaments. This is not true. There was a tragic attack a few years back where a mixed Chow-Spitz killed a young child. The dog had been passed on to the family after having a history of killing small animals and giving other indications of poor temperament. This alone should make you think twice about taking on a dog which has not worked out in someone else’s family.

A good rule of thumb for predicting temperament is to take a look at the mother, and if possible, the father of a litter. Having ruled out that factor, you can draw on the research which has been done by the experts.

Just recently there was an article which described methods of selecting puppies for guide dogs for the blind. The tests used proved to be almost 95% accurate! And you don’t have to be one of the experts to try the simple tests.

When observing a puppy away from its mother and littermates, testers look for the following:

1. The puppy should move at ease in its pen.
2. He should move freely and look calmly from its pen at the tester, and any other situations.
3. It should be friendly and respond to the tester’s encouragement.
4. It should not be upset by strange people, places, or things.
5. The pup should persevere in any project it undertakes.
6. It should also be willing to do what the tester wants, and show pleasure while doing it.

Bad qualities are revealed in the opposites of the above list: the puppy is nervous in new situations, refuses to move from where it is placed. It is indifferent to new situations and people and unfriendly with the tester. Its responses are not dependable; it acts one way one time and another way another time, in the same situation. It quits trying after one or two attempts at something. And if it is upset by strangers, the puppy is obstinate or refuses to do with the tester wants.

Maintaining A Good Temperament Throughout Your Dog’s Life

Research is placing more and more emphasis on the early weeks and months of a dog’s life.  Trainers are beginning to work with dogs at earlier ages than they did formally. Research also indicates that a dog’s temperament is not just a matter of ‘good’ or ‘bad’, it probably varies along a continuum, as do humans, and as a result of many variables. A dog with one or two neurotic traits may be unsatisfactory.

Once you have chosen a dog with a good temperament, make sure you don’t ruin him by poor handling. It helps if you can give him some obedience training. There are books to help you with this job, online dog training DVDs you can order, as well as local obedience classes that offer one-on-one instruction. Even if your dog never achieves any degree as a companion dog, the experience will help you in your handling of him and particularly in disciplining him.

Final Tip: Unless you happen to be an expert on training, don’t try to make your family pet into an attack dog. You don’t need an aggressive dog to scare off burglars. They tend to pass up houses with any sort of dog on the premises. Most dogs, even the gentlest, are protective when the need arises. And do not let your children encourage aggressiveness with too much rough play. Sometimes it gets out of hand and a dog will bite out of innocent excitement.