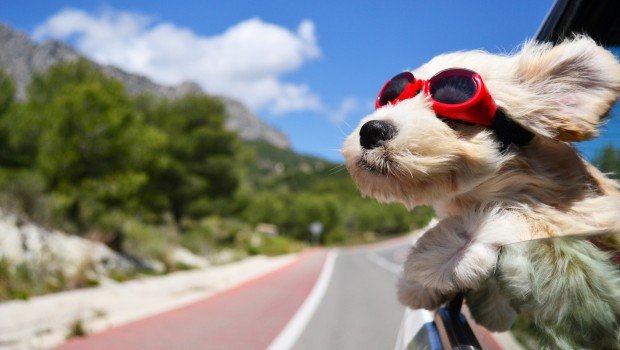 The best dog to get for those of you who are looking for something small, beautiful, and noble in stature, should be the Maltese.

These adorable little white creatures were literally bred for companionship. After taking one look at a sweet Maltese, how could anybody ever get angry at this dog?  Is so gentle, friendly, and has the innocent look of an angel. Their dark eyes sparkle like gems and its snow white coat creates a vulnerable, yet alluring presence.

The Maltese is definitely not the dog for anyone with a big ego. This dog breed should have been named ‘Love Dogs’, simply because that is all they know. The Maltese loves everybody and every animal it comes across.

And when around strangers, it is affectionate yet always keeping an eye out for its number one favorite person, its owner. It is truly an eye-tearing display to watch. These animals are so eager to make you happy and please you in any way it can. Their entire mission is to feel good by making its owner feel good.

Maltese dogs are naturally great around children but it is not advisable to keep them around kids that are younger than 9 or 10 years old. It’s not that kids are bad for the dog, or vice versa, it’s just that it’s hard to supervise the activity between rough-playing children and the small, delicate frame of a Maltese dog. These dogs can even break their legs by simply jumping off a standard-sized sofa or chair.

So far in reading this article you would assume that the Maltese dog is a perfect little angel that does nothing but sit quietly and blink its eyes at you. Unfortunately, is not the case for every Maltese.

A friend of mine has had his Maltese for four years now. When the dog was about a year old, it had severe behavior problems. If a bug flew too close to its face, he would bark for hours on end. The smallest of items left around the house, such as papers and tiny objects, would be chewed and torn as much as the dog could muster.

What was the problem you might be asking? Well, as mentioned previously, these dogs are so sweet-natured and adorable that many people find it hard to bring themselves to giving discipline to their Maltese when it is young.

The last thing you want to do is hurt its feelings by yelling and disappointing the little guy. In time the dog realizes that there are no repercussions for its actions and because it was not trained early in its life, behavior issues become a common problem. The key is to avoid spoiling your Maltese when the time is necessary for strict discipline and obedience training.