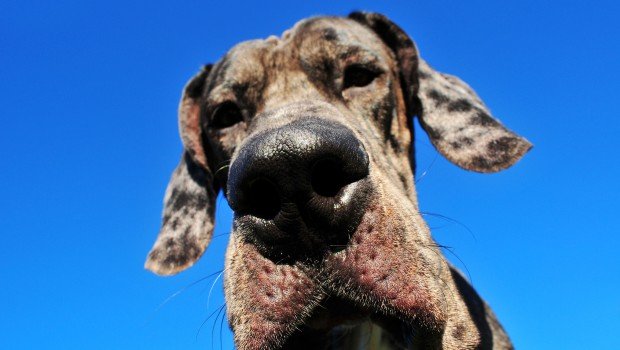 Superhero Dogs and The Nose That Powers Them

The amazing power of a dog’s ability to pick up on a scent has been demonstrated as a key service to humans by looking at the history of several dog breeds. For example, the German Shepherd is specifically suited for police work and is one of many types of dogs that breeders have taken a keen interest in developing for their specialties in scent hunting.

Consider also the bird dog. This canine was bred for his keen sense of odors that are airborne and are detected when the dog circles a wide area on the ground, while picking up trace amounts of the scent.

Scent hounds pick up on the scent of their prey and hold onto it once caught until their owner/hunter arrives and assists with the final kill. Such scent hounds include the Otterhound, Basenji, Dachshund, Beagle, and many others.

During the 17th and 18th centuries, the Dachshund dog breed was used to sniff out badger holes in Germany. The dogs’ legs were short and perfectly sized so that it could furrow into the badgers’ hole in order to snatch the critter up and hold onto it until the master would pull out the dog by its tail, thus removing the badger from the Dachshund’s mouth.

Other examples include the African barkless Basenji and its keen sense of smell in trailing small games. The beagle dog breed is known for its skill at picking up the scent of small rabbits. Otterhound dogs can sniff the odor of otters that are swimming, even when they are underwater in a slow-moving stream. The otter’s odor particles rise to the surface of the water and are picked up by the Otterhound. Eskimo dogs can trace the location of a seal swimming underneath the ice.

Snowy mountains and high altitudes are no match for the ability of the amazing St. Bernard dog breed. Their service goes back many years. These good-natured, impressive-sized dogs initiated their ascent tracking service by sniffing out lost hikers in the deep, icy snows of the 8,000 ft Mons Jovis Pass. Even today, the monks keep their St. Bernard dogs trained and in a constant state of readiness to help a lost skier or hiker.

These dogs work in pairs and use their fantastic noses in order to find the victim. Once a person is located, the dogs will dig away the snow until they reach the person. Then the St. Bernard dogs will lick at the face and arms in order to revive the individual. One of the dogs will immediately start barking in order to lead the rescuers to the location.

Thousands of people have been rescued by these wonderful, warm-hearted dogs. Many proponents of St. Bernard make claims that the animal can smell a human being from as far as 1000 feet away. They also say that if the wind is blowing in favor of the dog, it can pick up a scent from as far away as a mile.