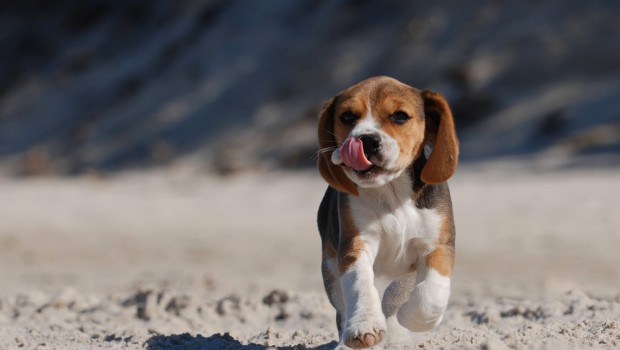 The Don’ts Of Adding A New Puppy To The Family

Endless books, magazines, and Internet articles have addressed the basics when getting a new puppy. But regardless of just how simple and repetitive puppy care information may become, like anything else in life, always refer back to those basics for timeless advice.

Check out the following ‘Don’ts’ when a new puppy has arrived in your home:

1. Don’t strike at your puppy, no matter how heinous the crime may be. All you will do is frighten the little guy and possibly injure him in the process. You have to keep in mind that he is a complete stranger to your home and your entire world. Remember that he has just been separated from his mother and as far as his little mind is concerned, you look nothing like her!

In this regard, don’t use any objects to spank your dog either. Justifying such punishment by using a rolled-up newspaper instead of your hand will not suffice. Refrain from ALL physical hitting.

2. Don’t leave any items around the house that you cherish. It may be an old saying, but it’s certainly true: Puppies eat EVERYTHING!  If you want to keep those new socks free from holes then put them up. Still haven’t quit that smoking habit of yours? Guess what? Your new puppy would love nothing more than to chew on those cigarettes that are lying around the house. And just because your new iPod cannot be torn up like an old sock, your new puppy will spend plenty of time trying to gnaw his way through it.

3. Don’t allow every visitor that comes by the house to handle your puppy. In fact, you should even restrict some family members from handling the new puppy, at least for the first week or two. If too many human hands pick him up then he may become a nervous dog that could have negative socialization issues.

4. Don’t pick your new puppy up by his forelegs. Children are the first to commit this crime as they are not as careful with small dogs as adults are. A puppy’s legs are not strong enough for someone to lift him up. When this happens you will hear your puppy shriek in pain. The injury may be so severe that his appetite is lost, he runs a fever and grows listless. When this happens, be sure to contact the veterinarian as soon as possible.

5. Don’t leave any holes uncovered inside of the house. Like cats, puppies are insanely curious and would literally kill themselves if nobody was watching out for them.

6. Don’t leave any electrical wires where your new puppy can reach them. These little guys love to chew on wires if left out. There have been hundreds of stories of little dogs who died from electrocution simply because their owners neglected to puppy-proof the inside of the home.