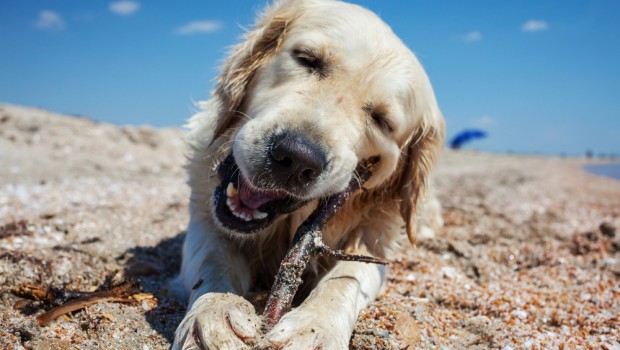 The difference between a good Labrador Retriever owner and a disastrous one depends on whether or not that person leads an active lifestyle. To put it in simple terms, labs were bred to be extremely active when in the company of hunters, from dawn to dusk. They used to run, swim, and retrieve foul for up to 16 hours each day, or more.

Labs have extremely high energy levels and just because your Labrador Retriever does not go out hunting, it does not mean that this dog is missing its inner expression to release the same amount of energy. This is great news for active people who like to swim, jog, and play fetch games as often as possible.

The term ‘disastrous dog owner’ would best describe a person who is raising a Lab but absolutely hates going outside and being active. There are many people out there who love nothing more than to sit around the house all day watching television while they expect their Lab dogs to lay quietly alongside their feet with no need at all to run and play.

These types of people tend to complain that their pets are ‘overactive’ and causing too much trouble around the house. However, the truth is that the dogs are perfectly healthy and literally wired and itching to move around. It is the way they were genetically programmed.  It is what they were bred to do. Therefore, the problem lies within the owner, not the Lab.

Most people who run out and buy a puppy, especially one as active as a Labrador Retriever, have a tendency to overestimate the amount of play-time they can invest in their dog.  Eventually, the excitement and joy of playing with a new puppy subsides and when the dog owner gets bored, these little balls of energy are left to entertain themselves.

Adult Labrador dogs need a minimum of one hour each and every day, both in the morning and again at night, to participate in strenuous, interactive physical activities. This does not mean simply letting your dog out in the yard by itself while you cook dinner. This will not suffice as ‘playtime’. Labs need a partner to run and fetch with.  Left to themselves for physical activity will prove unsuccessful as Labs tend not to exercise by themselves in a constructive manner.

You can’t just open up the door and tell your Lab to go play. While some dogs are independent enough to run around outside by themselves, Labrador Retrievers need someone to play with and if you are not around then they may become destructive.  Behaviors such as non-stop barking, chewing, and digging up the yard will become commonplace.

Should your Lab start to demonstrate these types of negative activities, the last thing you want to do is become frustrated and deem your pet aggressive. The truth is that he is just doing what you wanted him to do: entertain himself.

Unless you are there to direct your Lab and be the ‘leader’ while taking fun trips outside in the form of a hike, a jog, or retrieving games in the water, you must take responsibility for his destructive behavior and know that it is your fault and your responsibility to take charge of your Lab’s physical needs.