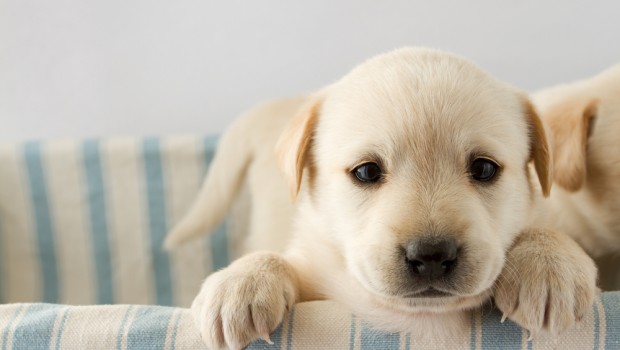 For many centuries man has enjoyed a close relationship with the dog family, either as a foe or as a friendly companion. In their very earliest contact, the two realized that each could benefit the other. First, as a means of obtaining food and secondly as an inter-protective relationship.

Unlike the cow and the horse, the dog did not contribute appreciably to the economic status of mankind as a whole. Cattle became the symbol of wealth and a basis of barter still recalled in today’s word ‘chattel’ (which means property). The horse provided a means of fast travel and maneuverability to wage war for power and riches.

The economic importance of these two animals shows up very distinctly in the early coins manufactured by man. The horse’s image shows him as a hunter, a war horse, and at times even a god.

The dog’s importance, however, dwindled as man gained wealth and became more independent. He was no longer needed, by mankind as a whole, as a necessary tool in the procurement of food. He became a household pet for the rich and a tracker of wild game for the sport.

To the common people, he became a close companion usually working for his keep by herding, acting as a guard, or other pursuits that were within the dog’s capabilities.

This uncolorful dedicated performance of duty resulted in the dog being numismatically ignored until relatively recent times. In 1930, he made his appearance on a ten leva coin of Bulgaria along with a horse and a lion.

The design shows a typical hunting scene with the dog and hunter bringing a lion to bay. The same design also appears on the five leva coin issued the same year.

Here we have the only theme used in coin design for the dog, that of a hunter. He has yet to be portrayed as a companion and friend – his greatest attributes.

Actually, the number of modern coins featuring the dog is very small. There are only two more making a grand total of three different designs. The others are from Ireland and Norway.

The Irish coin shows a profile view of a majestically standing Irish Wolfhound peering alertly ahead as if in search of his quarry. As the name implies, the dog was bred as a hunter and was a favored animal with the nobility of the time who had little else to do but frolic across the countryside.  The coin first appeared in 1928. It is the sixpenny value of a full set featuring other important animals to the Irish people such as the chicken, pig, horse, and the bull.

The Norwegian coin features a Norwegian Elkhound and also comes with a full set of coins featuring animals and birds of that North country. These coins made their first appearance in 1958 and also included the moose, squirrel, grouse, and horse in their designs.

At the collector’s discretion, one other coin could be added to the three mentioned before. This would be the fifty cent value of the Canadian Centennial Commemorative coin series of 1967. It features the majestic timber wolf, head raised to the sky in a call to his mate. One’s imagination can almost hear his eerie call.

Although we have said there are only three modern coins (or maybe four) that topically feature the dog in their designs, this number can be greatly increased if year dates are considered.

The Norwegian and Irish coins have been re-issued each year with only the year date being unchanged. Therefore, there would be about twelve varieties of the Elkhound coin and fifteen to twenty of the Wolfhound which was also minted in both nickel and copper metals.

Any dog fancier with a collector’s eye will undoubtedly want to obtain an example of these coins if for nothing more than a conversation piece. Coin collectors may want to go further and work to complete a whole new set. For those who are unfamiliar with coin collecting, there are a few easy steps to follow in getting started:

1. The public library will usually have at least one book on coin collection (typically more) that you can research for a bit of background information.

2. Try to find a coin collector in your area. Most will usually help out a beginner and if you are lucky then he or she might also be a fan of dog coins.

3. Look through the Yellow Pages for a coin dealer. They can give you a lot of good advice and put you in contact with other dealers who may have the coins you need.

4. Try your local magazine stand for a coin magazine. These will contain advertisements of dealers throughout the country giving their specialties.

After obtaining a few coins, you will want to display them. The current fad of interior decorating with small grouped pictures fits nicely with displaying a small collection.

For those that would like to take their coins to shows, and believe me, they do cause attention, there are clear plastic pockets available which will hold individual coins allowing a clear view while still giving protection.

Hopefully, in the future, a more fitting tribute will be paid to the dog through the coinage of the nations in the world.