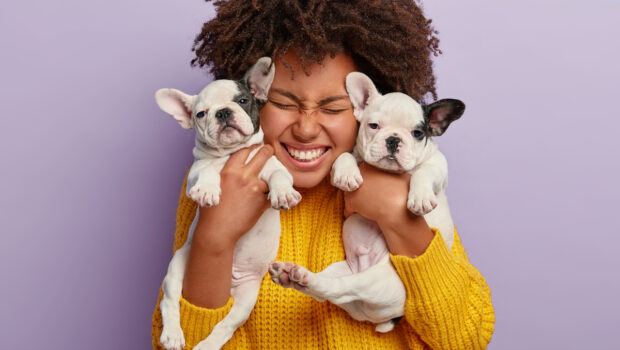 Pets and Pet Spending During the Pandemic

A recent report from Money.com reveals some interesting findings.

The COVID-19 crisis deepened the bond between Americans and their pets, and a majority of those who acquired new pets during the pandemic did so in part from loneliness. And most pet owners by far would go to the mat to save their pets, regardless of the medical cost of doing so.

Those are among the key findings from the first comprehensive survey, by Money.com, of how people have treated, and felt about, their pets during the pandemic.

The poll of 2,200 Americans, including 1,384 pet owners, was conducted in early March by Morning Consult and probed not only changes to America’s relationships to its pets during COVID-19 but to what is spent on them and how and why new animal companions were acquired.

Here is a brief overview of the results

The pandemic has stepped up how much Americans cherish their pets. Six in ten reported valuing their animal companions more, and half said they were being more affectionate to them now.

More than half of people who got a new pet during the pandemic cite loneliness as a reason.

More than a third of new pets were acquired at shelters, followed by breeders and pet stores. For all the ways to get a pet, satisfaction was high and problems were low.

Veterinarians are trusted pet-care partners, with more than two-thirds of owners saying they’d follow their vet’s advice on treatment.

Most respondents said they were familiar with pet insurance, but sizeable minorities of those people said policies reimburse for expenses they rarely if ever cover. 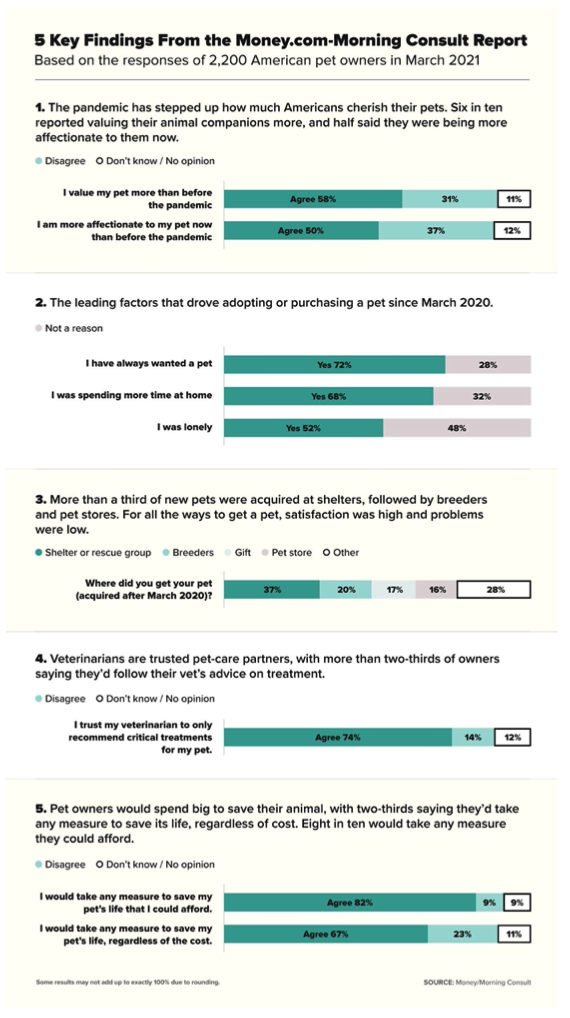 For full details of the survey, head over to Money.com