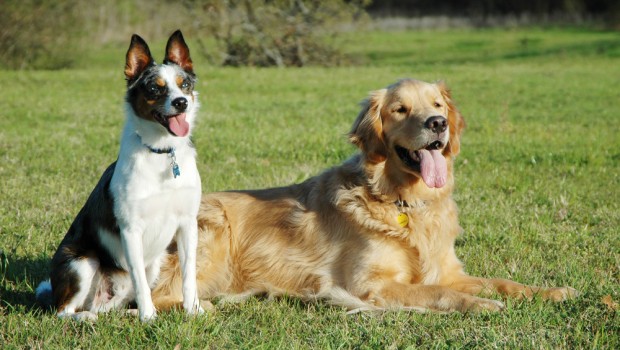 Parasites : Keep Your Dog Health By Checking Him For Ticks

Ticks are nasty little bloodsuckers (literally) that are commonly found living and eating on the outside of your dog’s body. These creatures are responsible for carrying highly infectious diseases, especially throughout the United States. Some of these diseases are not just limited to being spread from dog to dog. They can also infect people.  Some examples of these infectious diseases include Lyme disease, Ehrlichiosis, and Rocky Mountain spotted fever.

The life of a tick

Most dog ticks are categorized as a 3-host tick. What this means is that the larvae, the nymphs, and the adults all feed from the blood of dogs.  Once your pet has been bitten by a tick, this single bit is enough to induce irritation around that area on your dog’s skin.

The tick will begin to pass through several stages during its lifetime. The first stage is where the six legged larvae feeds on the dog for two to three days and then drops off, molting into an eight legged nymph. These nymphs will feed on the dog for seven to ten days until they to too drop off, and molt into adults (male or female).

Female ticks are then fertilized while on the dog and will feed for up to three more weeks.  These females become engorged with an incredible amount of blood before they are ultimately dropped to the ground and lay their eggs soon after. These female ticks are typically what you see when you find one attached to your dog. They are highly noticeable due to their size and because of their growth from eating so much blood, it is easy to note their appearance.

Removing a tick is very simple

If you notice that your dog is playing host to an uninvited tick gorging on his blood, remove the parasite as soon as possible. However, do not make the mistake of trying to pull the tick off with your fingers or by attempting to scrape it away. Doing so will probably get rid of the body, but the head of the tick may still be embedded in your dog’s skin. You need to use a pair of tweezers or some similar tool in order to pinch the base of the tick’s head. Then gently pull the tweezer and the entire tick should remove quite easily. Look over the bite area and do your best to remove all of the parts of the tick’s mouth and head because if left behind, these tick parts can cause the area to stay inflamed and irritated.