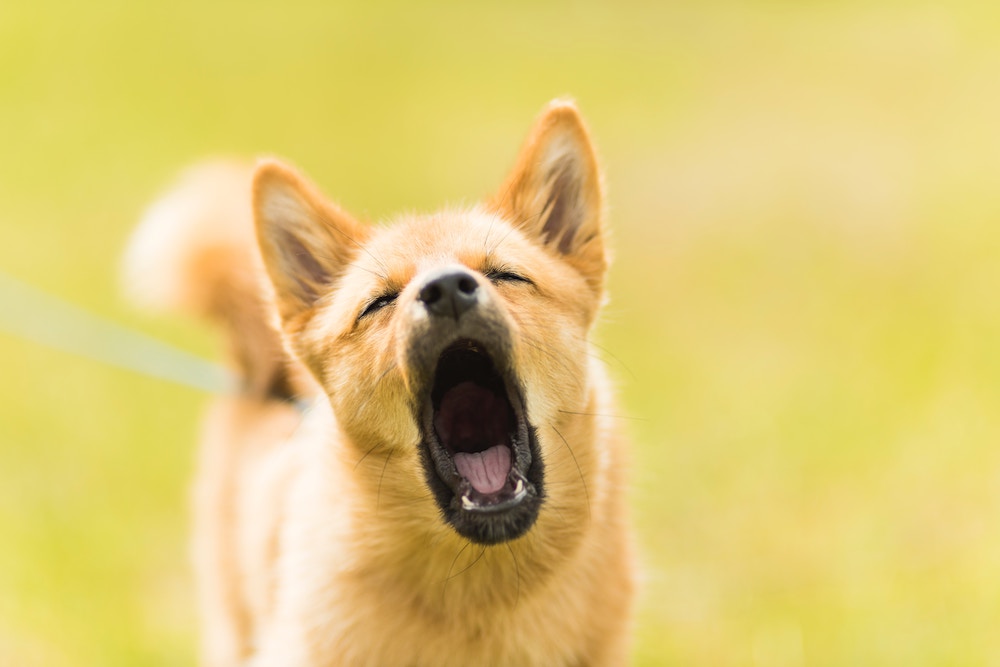 Dogs bark for a number of reasons. Sometimes these can be good reasons such as to warn of an intruder or to express fright or pain. Sometimes these can be “bad” reasons as far as humans are concerned – attempts to sound menacing or simply to get attention to fall into this category. Whatever the reason for a dog’s barking, it can often be considered a nuisance by the dog’s owners and their neighbors alike. Because of this, there are several methods employed to control a barking dog.

By far the best method of controlling incessant barking is to train the dog not to bark or, more specifically, to bark only at the appropriate times. There are several ways to accomplish this, but dog trainers usually agree that traditional reward and reprimand systems are the most effective and the kindest to use.

Some people opt for an electronic “bark collar” as a shortcut to training the dog themselves. The collar contains an electronic device that is activated by the action of the dog barking. The device issues a small electric shock which pains and startles the dog. Eventually, the dog is able to associate the negative stimulus with the barking and stops doing it.

The problems with these systems are multiple, however. Some dogs simply don’t learn that the barking is the cause of the negative stimulus, and continue to bark despite the discomfort it causes. Particularly hairy dogs may not even feel the shock or activate the device because its metal points must contact the skin directly in order to deliver the shock. Also, the collar itself is not enough and must be backed up with training anyway. It is a bad idea to use the collars for an extended period of time.

Some owners find the concept of delivering an electric shock to the dog to be “cruel.” While that may be a matter of personal opinion, the collars are proven to provide only minor discomfort for a short time and will not actually harm the dog. Another type of collar that operates on the same principle delivers a mist of citronella in front of the dog’s nose. Dogs hate the smell and soon realize that it is caused by the barking. Success rates for citronella collars are comparable to those of the electronic variety.

By far the most extreme method of controlling a dog’s barking is to have it undergo debarking surgery. In this procedure a small fold of tissue is removed from the larynx of the dog, rendering it unable to bark. Some find this procedure to be inhumane and, since the dog’s bark may return after a few months anyway, it is certainly a less than perfect method that few vets will recommend.