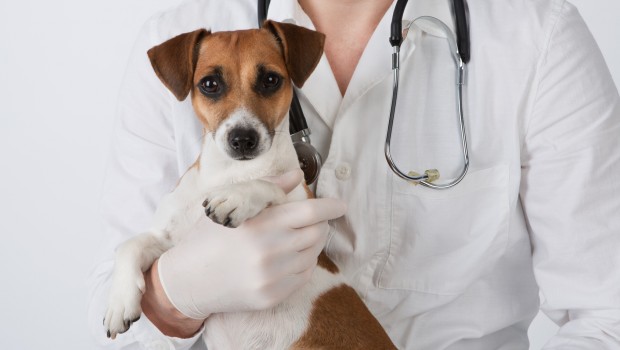 Heartworms in Dogs – What They Are & What to Do

Heartworms (Latin name Dirofilaria immitis) are parasitic worms that are common in both dogs and cats. As their name suggests, they live in the dog’s heart, normally free-floating in the right ventricle and nearby blood vessels. The worms are transmitted from dog to dog by mosquitoes which pass the worm larvae through their saliva. The presence of heartworms can be very dangerous to the dog’s health. Although the dog will not display signs of infection until it has progressed considerably, heartworms can be life-threatening and are sometimes difficult to detect and diagnose.

When a dog is first infected with heartworms, there are literally no signs, and the presence of heartworms cannot be detected even with a blood test. Once the worm larva reaches the heart and matures, however, signs that are detectable by X-ray start to develop almost immediately. These include damage to the blood vessels around the heart and lungs. It is rare that a dog will be infected by only one worm and as the mature worms in the heart grow in size and number, the conditions worsen, eventually causing a blockage of blood flow. It is at this point that the dog will start to display physical signs which can include pain, hypertension, difficulty breathing, lethargy, or even fainting. In extremely progressed cases the dog can suffer from heart failure and death although by the time the heartworm disease has reached this stage the owner has probably realized that something is going on and seek veterinary care.

Once a dog has been diagnosed as having heartworms, treatment must be started. What this treatment is and how it is administered is dependant on the stage of heartworm infection. Generally, there are four stages of heartworm disease.

Stage One – Dogs at the lowest risk – heartworms are detected in X-rays but all other tests appear normal.
Stage Two – Dogs are moderately infected, may have some difficulty breathing, and be demonstrating coughing
Stage Three – Dogs are severely affected & may display weight loss, have difficulty breathing, blood tests likely show kidney and/or liver damage
Stage Four – Dogs have Vena Cava Syndrome and are in shock, essentially dying – surgery may be undertaken to remove worms, but there is no guarantee that it will save the dog.