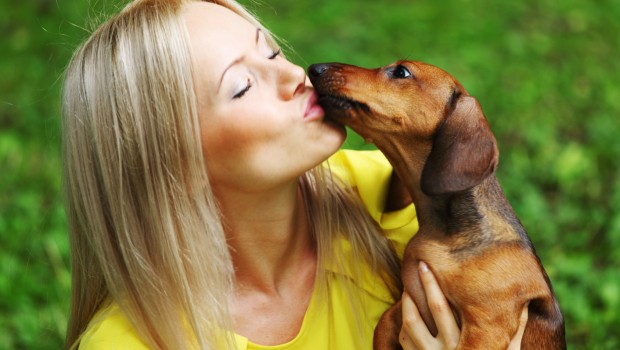 Brand new puppies literally absorb everything that passes through their senses.  Whatever they see, hear, taste, smell, and touch, it all gets stored in their brains just like a computer.

Vast amounts of information are constantly being downloaded into a puppy’s mind about the people they come across, places they visit, and responses from all stimuli, whether it is from the form of communication it receives from people or the scary sounds of vehicles moving by outside.

Most new dog owners completely underestimate the intelligence of their younger puppies. Do not waste this remarkable learning time.  Make good use of your dog’s capacity to learn and absorb information by teaching him good manners and healthy behaviors that will help guide the pup towards a civilized and respectful member of the family.

Concrete Evidence That Puppies Are Ready To Learn Early In Life

It wasn’t too long ago that most dog owners and dog trainers did not consider puppies to be trainable until they were well past five or six months old. However, that theory has been totally disproved.

We now know that puppies as young as two to three weeks of age can start learning due to their rapid brain development. EEG measurements of young puppies show that they have a marked increase in the height, or amplitude, of brain waves when they are awake. And from this point on, puppies acquire new skills at a rapid pace.

Studies have shown that a puppy’s early experiences can mold and shape the brain’s physiology. Puppies that are raised with lots of toys to play with and problems to solve, along with positive behavior training, ended up having a higher learning ability and amazingly enough, grew slightly more developed brains than similar puppies that were raised in limited learning environments.

Think about this information. Evidence clearly shows that the puppy which learns various training protocols at an early age, such as climbing stairs, meeting different people, etc. will be better developed both mentally and physically then the puppy who is confined to a crate or room all day long and only interacts with its family members, without being stimulated mentally.

What Does This Mean?

The good news is that this does not mean that your puppy should have total freedom and domination over the house to do what he or she wants. However, it does mean that your new dog should spend as much time as possible around you and other people as you go about your day.

Do not make the mistake of giving the pup too much freedom. This will encourage problems with behavior and when this behavior becomes a habit, it is increasingly harder to break these characteristics as your dog gets older. You have to let your puppy know that you are in charge and while he has free reign to express himself, a clear understanding of who is the boss (pack leader) must be constituted.