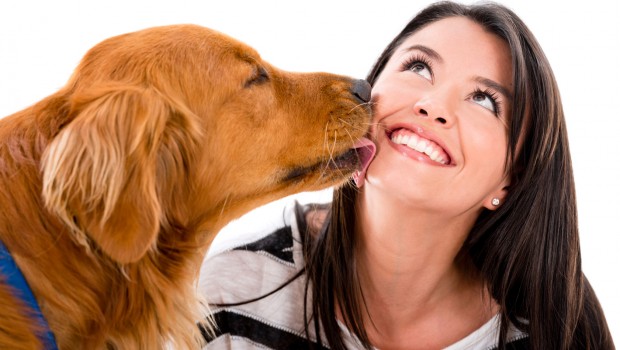 Dog Communication: Are You Listening?

You’ve just gotten home after a brutal day at work. The headache from your busy schedule would love nothing more than to be relieved by a warm welcome from your family.

So who is the loving one that meets you at the door?

He’s wagging and wiggling from his head to the tip of his tail. He dances and jumps into your waiting arms, and, if you allow him, he licks you on the face. He’s glad to see you. Your dog has expressed himself in the language that he knows you understand.

Your dog, like pet dogs all over the world, uses body language and a variety of vocal sounds to communicate with its owner. The dog possesses an incredible ability to communicate with his owner: a universal language, telling a man of danger, desire, loyalty, and love.

Your dog talks to tell you how sad he is when he’s scolded. He shouts loud and clears his distress when a stranger or something unusual approaches, and he talks to you about how happy he is to be near you and share your companionship.

Your dog talks best with his tail. When you accidentally step on your pet or upbraid him, he will tuck his tail between his legs and cower down, showing his submission. By tucking the tail, the dog is hiding his scent and thus hiding. This language seems to go back to the ancient wild dog when submissiveness and dominance existed in the pack.

Your pet’s ancestors signaled his subservience to the dominant dog by dropping that tail. Today, the domesticated dog is saying, ‘I feel terrible about what happened.’

In contrast to the submissive tail movement, there is that happy, excited tail-wagging that states how much your dog wants to please you. The following story is such an example of this need to please:

Max, a Collie, did his doggiest best to please his young owner while she was preparing for her wedding. Max had watched Angelica opening her wedding gifts the week before the ceremony.  One afternoon, Collie proceeded to provide a gift for Angelica…

He yanked a brocade pillow from a neighbor’s clothesline and brought it home. After placing the pillow at Angelica’s feet, he wagged his tail in sheer joy that he was pleasing his owner and sharing her prenuptial pleasures.

As you can see from this wonderfully heartwarming example of this Collie’s desire to communicate pleasure, dogs are also much more intelligent than we give them credit for, especially in the communication department.

When you verbally ask someone a question you expect an answer, right? A well-mannered, thought-out response is always appreciated and humans talk with their mouths and voice boxes to respond. This is how we interact, mostly with words to let others know how we feel.

Dogs, on the other hand, communicate in a very different way. Yes, they bark and use their vocal cords to cry about something, but the number one way to read how a dog is feeling or what he wants you to know is by looking at his tail.

As your dog wags his tail in happiness, he may also exercise the rest of his body to tell you that you are a welcome sight. He may greet you by jumping, dancing around, and attempting to lick your face.

As one dog trainer, Chris, tells of his German short-haired pointer, named Tiger, your dog can let you know when he is approaching a place which associates with comfort and happiness.

When Chris, who spent many hours out of the house to play golf and hunt, would come home from his long day and driving hours to get home, his wife would comment on how Tiger’s ears would perk up and the dog would show ripples of excitement up and down his back in awaiting Chris’s return.

What is amazing is that these signs of excitement to greet his owner at the door, Tiger would start to become anxious and happy when Chris was still more than an hour away driving home.

In addition to their expression of elation, dogs many times warn their owners of danger. You have probably heard many emotional stories of dogs scratching at the bedroom door to warn the family that the house was on fire. It happens all of the time.

One woman was suffering a heart attack while her dog literally broke through the backyard screen door to get to the husband, barking fiercely in the attempt to get the husband’s attention to what was happening inside the house. It worked: the woman survived.

Dogs also communicate with people by using their heads and noses as part of the body’s actions. My three-year-old Dachshund nosed a message to me one afternoon. Sandy had learned that the covered candy dish on the coffee table was a good place to satisfy her sweet tooth.

This particular day, I was sitting on the couch reading the newspaper, and I wasn’t paying attention to Sandy. She jumped up on the couch and nudged me with her nose. When I looked at her, she gave her head a jerk, pointing her nose straight at the candy dish.

After sensing that I knew what she wanted, she began to jump up and down as if to say, ‘Please, please, please! Just one little piece!’ I had understood very well what my dog was saying with her nonverbal head and nose language.

Do you have the ability to understand what it is your dog is saying? Learning how these animals communicate is not only beneficial to proper training, it also helps tighten the bond between a man’s best friend and his owner.

In addition to using his barking, tail wagging, and body movements, dogs can also relay messages by the language of ear positions. The frightened dog tells of his submissive attitude to man by flattening his ears as well as lowering himself on haunches.

Also, in the last step in the sequence of aggression just before the attack, the dog folds his ears close to his head and bares his teeth. But in the first step of aggressive movement, the dog picks up his ears to a vertical position.

Even the dog with hanging ears will pull the base of his ears forward, which makes the rest of his ears stand forward and outward. This upright position tells his human handler that there is every reason to be alert or on guard.

During World War II, the marines of M Company of the Second Raider Battalion laid their lives on the line in their dependence on the ability of their dogs to communicate to them what was ahead. While he was in the thick of battle, a Doberman named Andy had advanced from the shore to the jungle on Bougainville Island.

Andy liked to work off his leash. The dog was about ten yards ahead of the men when he froze and alerted his ears. The soldiers knew that those stiffened ears meant that there was a Japanese sniper just ahead. The scout leader sent two riflemen ahead, and they sprayed a mangrove tree with bullets. The sniper fell out. That same day Andy silently alerted his handler to snipers on two other occasions.

Now you might not have your own dog trained to such an elite degree, but you don’t have to in order to know how well your dog supplements his silent body language with his vocal communication. The vocal vocabulary has numerous and varied forms: your dog whimpers, whines, signs, grunts, hums, coons, howls, squeals, growls, and barks.

Your dog can vary his barking enough to communicate with you. Almost subconsciously, you have no doubt learned to understand the nuances of your pet’s barking. These minute differences may be in the tone, the frequency, the rhythm, and the level of loudness. Your pet may bark to show his excitement, his pleasure, his sense of fear, and the need for your attention.

And your dog, by his tail-wagging, his licking, nosing, barking, howling, and his many clever individual expressions talks to you. Your pet tells you how much he wants to be your protector, your companion, and your best friend. Like dogs throughout the ages, your dog has become your friend by his uncanny ability to communicate.