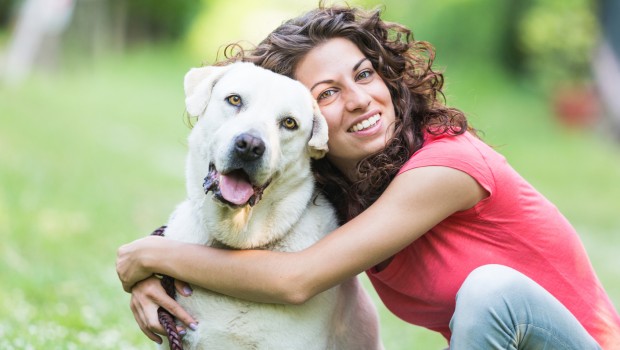 A Beagle, a short-haired Chihuahua, a Labrador Retriever: these dogs do not need to be groomed, right? Wrong!

All dogs require some grooming to ensure their health and happiness. Take a closer look at your dog and find out if some of the following questions and answers apply to him.

Question: My dog loves to be brushed. I hold him on my lap, sitting in front of the television while I brush him. I can’t seem to get all the tangles out even though I brush him every day. What do I do?

First of all, get your dog out of your lap and on a grooming table, or any table, to brush him! You cannot possibly get into all of the joints and angles when he’s scrunched up in your lap. Make sure he has a good footing on the table so he won’t be scared. Make him stand up while you brush the hindquarters and sit, not lie, down while you brush the rest.

Question: My Poodle is developing warts and other unwanted growths on his face. Should they be removed?

Your vet should be the one to decide that for you. From the groomer’s point of view, it is very difficult to avoid injuring growths. In the shaved areas the clipper can nick one, and the brush can scratch one located in the long hair. Remember to tell your groomer about these facial growths each time.

Question: My Miniature Schnauzer bites me when I try to brush him. I don’t want to give up, but what should I do?

If he bites you only when you pull a tangle, the solution is to brush him so often that he never gets a tangle again. If he objects to grooming generally, the frequency of handling will help there, too. However, if he is simply being difficult, tie the dog’s nose with a length of a nylon stocking.

Question: My groomer told me that my dog has worms. How could she tell?

When a dog has a severe case of worms, it can be seen in the stools. Sometimes, single worms pass out of the anus. Often a groomer will observe one or all of these things.

Question: I’m confused by all the different types of grooming brushes for dogs. Which kind should I use?

The answer to this would vary according to the type of hair your dog has and whether he is a show dog or a house pet.

Brushing a show dog, so as not to break or split the hairs, would require a gentle touch. In that case, it’s best to consult with people involved in showing your breed of dog. With a house dog, the main consideration is to do a good job effortlessly and speedily.

I believe a slicker-type brush is best for all but the shortest, thinnest-coated dogs. It has many close-set tiny wire claws. For the really shorthaired breeds, a bristle brush is probably the best. Any brush is worth absolutely nothing, though, unless it is used on a regular basis.

Question: I can’t afford to have my shaggy dog clipped. Would it be okay to cut off his matts with scissors?

If the matts are on the ends of long strands of hair then it might be all right, but not if the matts are tight against the skin. Many dogs have been seriously cut by their owners who couldn’t tell where the matts ended and the skin began.

Sometimes, it is better to invest your money into a professional groomer to ensure that the job is done right. Also, if you have him clipped short all over once or twice a year and brushed regularly in between, he would feel much better.

Question: I groom my own Poodle. His front legs are very bowed. Is there any way to disguise this?

Question: What can I do to keep my Poodle’s ears clean between grooming sessions?

Sometimes the hair in a Poodle’s ears clings so lightly it can be pulled out with the fingers. Other times, however, it is rooted as tightly as his body hair. In this case, you can use a pair of tweezers, preferably the type that works like scissors.

Remove a few hairs at a time, reaching only as deeply into the ear as you can see. The ear is extremely tender, so be careful not to poke or pinch it. Finish by cleaning the ear thoroughly with cotton and an ear lotion from the pet shop. Many Poodle owners prefer a non-oily lotion, but many of them will work well.

Every summer, my Cocker Spaniel gets foxtails in his ears and it costs me a fortune to have them removed. Is there any way to clip him so he won’t pick them up?

Clip the hair very short all around the ear opening and off the inside of the ear leather. Another effective method is to shave the entire ear, both inside and out. Keep the hair pulled out of the ear itself.

Question: How do I properly shape my Poodle’s tail?

Most home groomers start by shaving too much of the tail and leaving a long, limp flap hanging off the end. Shave only about half of the tail, leaving the end half to be the core that supports the pompon.

After bathing and fluffing, comb the hair straight out past the end of the tail. Clamp two fingers of your left hand over the hair just at the tip of the tail (to protect it from the scissors), and then cut straight across with the scissors. Next, hold the tip and fluff the hair out. You will be able to see the sharp edges that need to be scissored off. Round and fluff, round, and fluff, until the shape are right.

I am planning to breed my female Poodle and male Dachshund next time she comes into season. Will the puppies have to be clipped?

It’s possible. You never know what will happen in mixed breeding until it’s too late. The resulting puppies could not possibly live up to their elegant Poodle mother or handsome Dachshund father. Why take a chance on producing a litter to swell the ranks of unwanted dogs in the country today?

Question: Why is my Poodle so fluffy when she’s groomed at a shop but becomes so crinkly when I bathe her at home?

If a Poodle is just towel-dried and allowed to dry naturally, with or without a hairdryer, the hair will set wavy or curly. Your groomer apparently fluff dries. This involves flipping the hair with a brush while a dryer blows on it. Each small spot must be thoroughly dry before the adjoining spot is started. It is a time-consuming process, but well worth the effort.