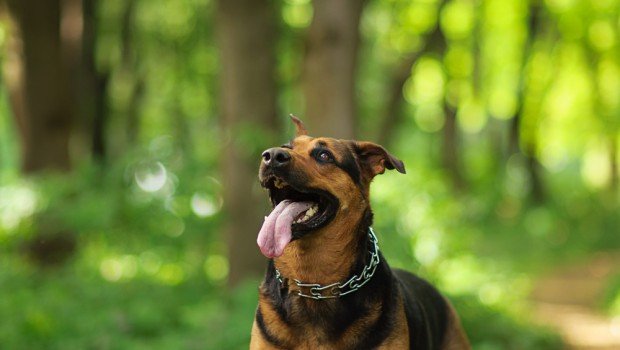 Practically every city across the nation, as well as other parts of the world, recognizes the high value of a well-trained police dog.

Studies of selected areas where crime rates are unusually high show that the introduction of the police dog has been the major factor in reducing those crime rates. Together, policemen and police dogs patrol secluded areas of beaches, parks, and other places where crime usually takes place because of seclusion and darkness.

What Type Of Canines Are Used As Police Dogs?

Police forces all over the country utilize many breeds of dogs as a police dog, but the majority of them are German Shepherds and Doberman Pinchers. The Briard was used for years as a police dog in France. In fact, any breed of dog that has been trained for, and is active in police work, is accurately titled ‘police dog’ (usually from the working group).

The Many Roles Of A Well-Trained Police Dog

The general public normally considers a police dog only as one trained to pursue and attack a suspect at the command of the officer or handler. This is the same as saying that a police officer is trained only to use a weapon. To pursue and to attack are only two of the many jobs that police dogs are trained and prepared to do.

Such dogs are often called upon to search buildings for suspects, entering the building alone to locate and hold the suspect if found hiding there. The keen sense of hearing and smell make the police dog an excellent tool for that task, more so than his human counterpart.

The dogs are called upon to track suspects who have abandoned vehicles and set out on foot. They are called upon to search crime scenes where evidence such as guns, knives, tools, and clothing may have been concealed. Police dogs are also trained for jobs such as bomb and narcotic detection. Dogs trained to detect concealed explosives and were assigned in airports, thus, decrease the chances of hijacks and other acts of sabotage.

There is a misconception that a vicious dog would make a good police dog. A vicious temperament is contrary to the requirements for that type of task. According to officials, one of the qualifications that a canine must posses is that he be of sound and even temperament.

This means that the dog must neither be shy nor vicious. Since police dogs normally live with the officer (who is also his handler) at home in a residential neighborhood, he needs to be a loving, loyal pet, one who enjoys spending time with the officer and members of his household.