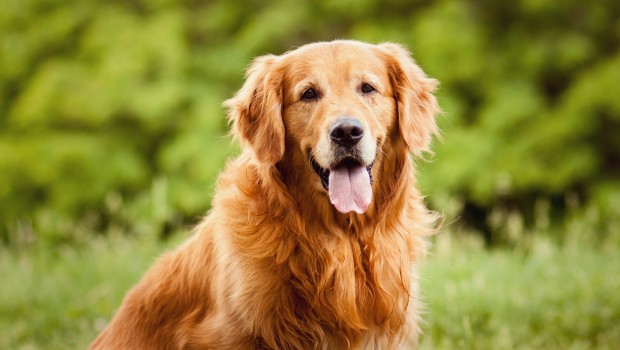 Is The Labrador Retriever The New Rising Hero?

Labrador Retriever dogs are quickly becoming America’s top choice service animals when it comes to the detection of bombs, narcotics, currency, and any other item that needs to be tracked.

Not only are these dogs genetically bred to pick up a scent and bring back a specific item from miles away, but their work ethic and desire for human companionship also complete them as the total package when a true hero is needed to do the job.

Another reason that Labrador Retrievers make excellent service dogs is that of their high energy levels and spectacular endurance. These characteristics are what make a reliable working scent dog. Ironically enough, some of the best, all-around, highly trained service dogs were given up from owners because their energy levels were just too much to keep up with.

A perfect example of a real-life situation is a group of Labrador Retrievers who were donated by several families because they were too high-strung and acted out in severely destructive ways. When these same dogs were looked at by professional trainers, it was immediately obvious that they would make great working dogs.

And great working dogs they became! Two of them were taken in and trained to work for the DAD program (Dogs Against Drugs) of the Children’s Crisis Prevention Network Inc. in Texas.   They now spend their days contributing to society by inspecting for alcohol, drugs, and guns in local schools.

Using Labrador Retrievers as service dogs is also a better investment than using other dogs. This is because most dog breeds will only train and work effectively with one handler. Labs, on the other hand, can work with more than one handler if necessary, and still produce the same results.

Labs are also some of the most approachable of dog breeds. They appear friendly and are generally accepted as non-threatening to the public. Consider the fact that many bomb threats and other potentially dangerous problems occur in public places such as airports, bus stations, and schools. A service dog must be able to work in and around crowds without alarming anyone. Labrador Retrievers are considered to be ‘public friendly’ and do not intimidate people like other detection dogs, such as the imposing German Shepherd.

When you hear somebody speak of a true-life hero that reacted in a moment of bravery and did something courageous, regardless of the risks involved, a dog rarely comes to mind. But some of the most amazing feats of bravery and accomplishments are done by service-trained dogs each and every day.

After the disastrous terrorist attacks on the Pentagon and the World Trade Center in 2001, the need for highly skilled working dogs to detect bombs, narcotics, chemicals, and explosives skyrocketed. In addition, more search and rescue dogs (SAR) were in demand as well.

In the past, working breeds such as the Belgian Malinois and, more commonly, the German Shepherd, took over these types of roles. But today, the Labrador Retriever is gaining huge popularity as the breed of choice for these demanding and potentially dangerous situations.

In fact, the Transportation Security Administration, U.S. Customs, and the Auburn University’s Canine Detection Training Center have all initiated detection-dog breeding programs that are 100% exclusive to the Labrador Retriever.

What Makes The Labrador Retriever So Qualified?

Research studies have shown that most dogs (in general) have the ability to detect infinitesimal amounts of scent, estimated to be lower than 400 parts per trillion.  This ability alone makes dogs more reliable than any mechanical detection device available. In addition, dogs also have the ability to hold onto an odor and trace that scent directly to its source.

These skills are common with dogs in general, so when you consider that field and hunting Labradors are genetically favored to locate game when a hunter sends them out to retrieve fallen foul, this alone adds more power and ability to a Lab’s detection ability. When hunting, all a hunter has to do is give the Lab a general area of where the bird fell, and the dog does the rest, picks up the scent, and brings back its prey.

In addition to having to rely on only an area of land to track down a particular bird, these Labrador Retrievers must also have the ability to block out every other scent that comes along the way. He must be able to discriminate against these other odors in order to be successful. These outside odors can often be so powerful that other dogs would not be able to concentrate and follow the direct target line like the Labrador Retriever can.

Another reason why Labrador Retrievers make excellent detection dogs is due to their work ethic. These dogs are highly intelligent and seem to have an endless drive to learn. And Labs are always begging for something to do. They enjoy working with people as opposed to other hunting breeds that prefer to act independently. This human-canine comradery is essential when facing a dangerous situation that has the potential to kill human beings.