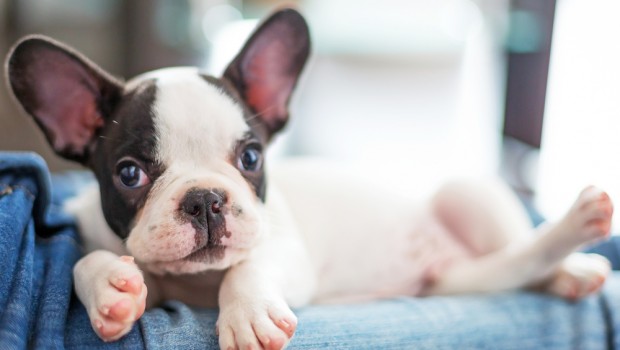 Each year in the country thousands of young puppies are subjected to major surgery which is expensive, dangerous to some degree, uncomfortable, and often painful in its recuperative stages, not to mention totally unnecessary!

Ear cropping was humane in its origin. Centuries ago, when dogfighting sports such as bull baiting were popular, owners of fighting dogs decided that cropping the animals’ ears was preferable to having them shredded in battle, which was even more painful.

Thank goodness this practical reason for the cropping of dogs’ ears no longer exists! Why, then, do we persist in needless, expensive surgery?

We do it simply because our eyes are accustomed to the appearance of crop-eared Boxers, Schnauzers, Great Danes, and the others; because the standards of these breeds call for cropped ears and consequently breeders must go along with the practice.

Although the AKC says, ‘Ear cropping is optional for all of the breeds that are usually shown with cropped ears; there is no need for which it is compulsory,’ the fact is that a natural-eared dog in a show ring full of crop-eared animals would stand virtually no chance in the competition. Breeders wishing to sell pups with natural ears, therefore, would have an uphill battle in the face of public expectation.

The arguments against cropping are numerous and obvious.  First, any unnecessary surgery, especially when it requires a general anesthetic, is abhorrent to most dog lovers. Ear cropping is simply not justifiable.

Second, the operation is performed usually at six to ten weeks of age, a time when permanent damage to the puppy’s temperament can be sustained as a result of the trauma of the operation, and the discomfort and annoyance of post-operative bandaging, racking, and taping.

Third, it is a bloody operation over a large area of very sensitive skin. Besides the loss of blood, there is always some element of risk involved when a general anesthetic is used, especially with a very young pup. The physical effect on the puppy cannot be anything but detrimental.

Also, the ear-cropping age just about coincides with the selling age of the puppy. If the operation is performed by a veterinarian (and in some states this is the only way it can be done legally), the cost of the operation and aftercare add greatly to the expense of raising a litter of pups to selling age. The breeder must either take a sizable cut from his or her profit, or add the cropping costs to the selling price of the puppy. Furthermore, a puppy with a bandaged head does not make the best impression on prospective buyers.

Not only his ear cropping an unnecessary, painful surgery, the logical reason for it is way outdated. In addition, if the cropping is done by the breeder, too often the result is a botched job; ears that don’t match, or never heal correctly, or fail to stand as they should.

Often as a puppy matures, ears which looked right at cropping time become disproportionately small on an adult dog’s head. We must assume, too, that some puppies bleed to death at the hands of inexperienced breeders attempting to cut costs by doing their own cropping. In all probability there are also puppies who sustained permanent physical damage because of poorly administered anesthetic.

Even when the operation is performed by a veterinarian or an experienced breeder, there is always a risk of faulty healing or carriage, which ruins the dog for show purposes and detracts from his appearance, even as a pet.

Women’s fashions are in a constant state of inconstancy. Every season brings radical changes in periods of adjustment of public taste. But after a very short time our eyes become accustomed to thigh-high skirts, short hair styles, or the latest shoes available, and these things seem normal, and even attractive. Likewise, if the practice of ear cropping were abandoned, surely it would take only a short time to adjust our eyes to the new look.

In Great Britain ear cropping has been outlawed for more than 90 years. British Boxers and Schnauzers and Danes are every bit as attractive as ours, in just a slightly different way. The natural ear of the Schnauzer is no more unattractive than that of the Fox Terrier, and breeders in those countries are spared the expense, the risks, and the bother of cropping.

Among the people who raise these breeds, reaction to the cropping question varies from, ‘I hate it but there’s nothing I can do if I want to show my dogs and sell my pups,’ to ‘I’ve been doing my own cropping for years and I don’t mind it anymore and I like the look of cropped ears.’

Still, it’s hard to believe that anyone who has the best interests of his or her dogs at heart could get any sort of satisfaction out of the practice of ear cropping.