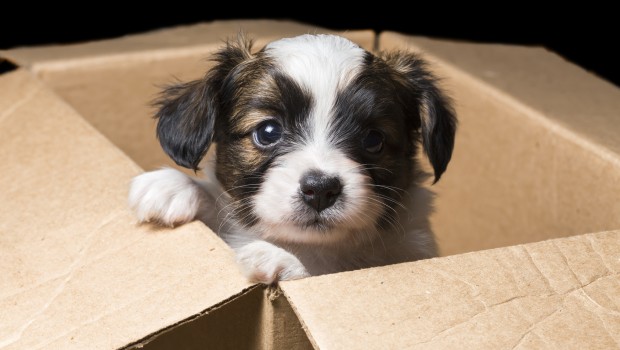 Mark Twain once said, ‘If you pick up a dog and make him prosperous, he will not bit you. This is the principle difference between a dog and a man.’

Unlike fair weather friends, a dog cares little whether he is fed scraps in a cheap tin bowl or choice meats in a glass dish engraved in his name. He faithfully follows his owner over highly polished floors in a mansion as well as course boards in a cold, rundown apartment.

It matters not to him whether the hand that strokes his back is shaky and wrinkled or its fingers well manicured and soft. When given the slightest measure of affection, the dog will return it with interest.

The dog is the only domestic animal which has served man faithfully since the Middle Stone Age. From Michelangelo’s Pomeranian, Napoleon’s Fox Terrier, Lincoln’s Teddy, or Roosevelt’s pooches, dogs have always been part of man’s life.

In spite of the long relationship between dog and man, some still fail to understand the animal’s need or comprehend his nature. There are individuals who buy a dog as they would purchase a ticket at a race track, hoping to gain. When their expectations do not come true, the ticket, or dog, is discarded.

Anyone determined to have a perfect house instead of a lived-in home should never buy a dog. The animal will cover rugs with hair, may upset the furniture, and of course cause trouble now and again, even after being trained.

Another mistake often made is imposing human standards upon a dog. Although he can and should be trained, he must also be allowed to live as an animal. Dogs are made to run, not to vegetate on silk pillows. Nature endows him with a protective coat and, unless a dog is sick, he does not require turtle-neck sweaters or mink capes.

Some people handcuff a dog’s paws with diamond bracelets and bejeweled wrist watches, and dress them in coats to match their own. They blithely ignore the fact that dogs cannot tell time nor appreciate luxury as long as the owners can make him a bulletin board of their wealth or subject of discussion at a cocktail party.

The pleasures and needs of humans are not necessarily those of dogs. If he is forced into a mold alien to his nature, he can become a misfit. The increasing number of dog psychologists would decrease greatly if man would use his power of reason, which is what supposedly separates him from other animals.

In this selfish world, dog is man’s most unselfish friend. In cities, he is a link between the cold, unfeeling jungle of skyscrapers and the warmth and pleasures of a responsive member of nature. Children, confined to apartments, save themselves from boredom by playing with and caring for a dog. Workers, returning home after a long day of stress and labor, feel comfortable and comforted with a dog waiting at the door, showering them with affection, and sharing their love by sitting at their feet.