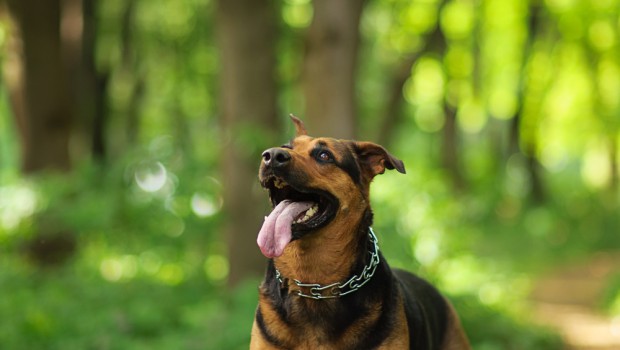 Dog Disease: Pyometra In Your Dog

Owners of unsprayed females may at some time be faced with a diagnosis of pyometra in their dog. Pyometra means a pus-filled uterus and it affects primarily dogs that are five years old and older. It is a very debilitating disease and will often result in death unless the infected uterus is surgically removed.

The disease is caused by an imbalance of female hormones, primarily progesterone. The result is an overactive uterus lining. Secretions accumulate in the cavity of this organ and cause distention. Secondary infection can occur in some cases by bacteria entering through the vagina; however, many of the pus-filled organs are sterile when cultured.

The disease usually occurs from one week to three months after a heat. It may occur in conjunction with a false pregnancy (pseudocyesis) but there has not been a definite correlation established between these hormone-controlled diseases. Pyometra occurs in unbred female dogs and those having produced litters.

Fortunately, most cases of pyometra are rather easy to diagnose from the history of a recent heat and the clinical signs. The most common signs are digestive disorders such as diarrhea, loss of appetite, and vomiting.

Other signs are listlessness, swollen abdomen, excessive thirst, and vaginal discharge which is often foul-smelling. The discharge indicates that the cervix is open and this will reduce some of the abdominal pressure and toxicity associated with pyometra.

Confirmation of the disease may be necessary and is made by radiographs and a blood count. An x-ray (radiograph) will show the large, pus-filled uterus quite clearly in most cases. The white blood cell count may increase two to ten times over normal.

Once the diagnosis is confirmed, surgery is indicated. Medical treatment has been described, but even if recovery occurs, the disease can re-surface after the next heat since the underlying cause has not been eliminated.

An additional danger is present if medical therapy is unsuccessful in that the dog may become more ill and thus more of surgical risk. Most veterinarians will agree that pyometra is a surgical disease and that the diseased organ should be removed promptly in order to increase the dog’s chances of complete recovery. The only exception might be in trying to save a valuable female for future breeding.

Many dog owners become apprehensive when confronted with the prospect of surgery on an older dog. In reality, age is not as much a criterion for surgery as is the physical condition.

Naturally, kidney disease, heart disease, and other concurrent conditions will increase the risk of surgery. If proper supportive therapy is given, even high-risk patients stand a very good chance of survival.