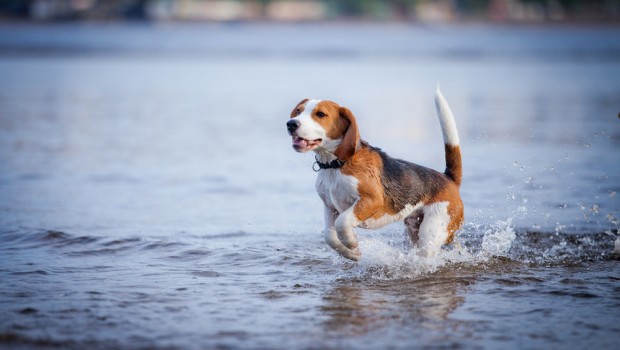 What Is Canine Hip Dysplasia?

The growing popularity of larger breeds of dogs has brought with it a threat of a crippling disease of the hip joints known as hip dysplasia.

This disease was first described in the United States back in the 1930s.  Research has produced abundant information on hip dysplasia, but many questions still remain unanswered. It is one of the most popular topics discussed among owners, breeders, and veterinarians.

Hip dysplasia is uncommon in small dogs (toys and miniatures), as well as Greyhounds, but it has been found in almost every breed. The disease is an improper development of the hip joint (properly called the coxofemoral joint) which leads to looseness of the joint, partial dislocation (subluxation), and finally, arthritis.

Basically, the hip is a ball-and-socket type of joint. If the socket is too shallow, or the ball too flattened, the result is an unstable joint which tends to come out of place.

The most commonly affected breeds are German Shepherd, St. Bernard, Labrador Retriever, Boxer, Springer Spaniel, Great Dane, and the Bull Mastiff. This is by no means a complete or accurate list, since incidence depends on a lot of breed popularity.

That is to say, it is possible that the Komondor or Great Pyrenees breeds have a high incidence of dysplasia, but, when the average veterinary clinic sees one of either breed every two to three years, how can an accurate breed incidence be determined?

Dysplasia is the most common disorder of the hips that a veterinarian will encounter in practice. Because it is considered to involve several genes, more work is necessary to establish the exact means of inheritance. Other factors, such as rapid growth, management, nutrition, hormones, and anatomic variations have been put forth as construing causes, but thus far selective breeding has given the best results in controlling hip dysplasia.

The clinical signs range from a normal dog to one that cannot walk more than a few steps without collapsing.  The usual course is that of lameness following strenuous exercise or difficulty arising after prolonged rest.

The gait is often diagnostic and is characterized by waddling, slinking, or ‘cow hocks’ (toes pointed out, hocks pointed toward each other). Any larger breed of dog with a history of hind leg lameness should have hip dysplasia eliminated as the cause before an extensive investigation of other diseases is undertaken.

A radiograph of the pelvis is necessary for accurate diagnosis of the disease. This is best performed under anesthesia to ensure proper positioning of the dog. Unless the animal is motionless and symmetrically placed on the x-ray table, a good evaluation of the hip joints cannot be made, especially in mild cases.